It’s 1st of April so… Happy April’s Fool to everyone! Hope no one has been tricked real bad this year and all of you had a good laugh out of all the pranks and jokes that were being played on you. 🙂

This story was only known mostly to Feng and today I thought of sharing it with everyone.

3+ years ago, I was making an important decision in my work-life. To leave a job that I have been doing comfortably for 5 years and probably pursuing a “dream” job that I didn’t even know if it will work out for me. I still remembered the days when I was talking to Feng about this decision of mine, to leave my comfort zone for something unknown. To leave the job while I have yet to find another to support myself.

The salary I was fetching back then was essentially quite sufficient to give us a comfortable standard of living. I knew that if I were to pursue this so-called “dream” job, I must be mentally prepared to have a pay cut. Is not just a simple pay cut. I know that I will most probably had to have a 50% pay cut. When I was sending out my resume to the many companies, I only received two replies. One replied to tell me that I must be prepared for the major pay cut and another reply was from my current boss, Albert.

I was asked to go down for an interview on this day and time. And to be honest, I was really excited back then as he was the only one who is willing to give me a chance for an interview. I still remembered the small office back then, sitting at a chair waiting for Albert to be ready to interview me. When I entered his cubicle, the interview turned out to be more of a chit-chat session with him, unlike the many interviews that I have been to in the past. Albert was willing to share with me a lot of things about being an event co-ordinator and I was eager to find out more about the job scope since I have totally zero knowledge about events. He asked me why did I want to join events and I mentioned that it started when I was planning for my wedding and I thought “Why Not? It seems like a good idea to help someone plan an event, if not a wedding.” So I decided to left my comfortable software engineer job back then to join a totally foreign events industry.

I don’t know what most of you think but I think for one person to be willing to step out of his/her comfort zone to try something totally different needs a lot of courage and support. I have the courage but the support was obviously lacking. Feng has been fully supportive of my decision back then and told me to not worry about trying out. The support I was talking about was actually that from my ex-colleagues. I have never mentioned this to many but back then when I was telling everyone that I wanted to try out in the events industry, there was nothing but discouraging remarks telling me everything but supportive words from some of the closest colleagues I had back then. I was pretty much quite disappointed with a lot of people back then. Until now when I think about it, it will somehow still bring tears to me. I guess I am still disappointed.

Back to my story of joining my current company. I told Albert that I was ready to accept a pay cut and I was willing to learn everything since I am coming in with zero knowledge. The whole “interview” session was pleasant and it was also then I realised that Albert was the guy on the TV commercial since I kept thinking he looked pretty familiar after the interview. Hahaha!

I still remember receiving an SMS from Albert telling me that he will like to offer me the job of an events executive and asking me when I want to start work. I remembered I was having Saboten at Changi Airport when I received the SMS and I was torn on whether I should accept the offer, fearing that I will not do well in this unknown industry. Feng was right there with me and he said that if I really want to try, this is the best time to do it and ask me to go for it. So I finally plucked up the courage and chose a date to start work. I remembered that it was towards the end of March when Albert SMS-ed me and I was thinking that I shouldn’t start work on 1st April since starting work on April Fool’s Day sounded odd. So I chose to start work the week before. So yes, it has been a great three years with eWerkz Projects! 🙂

Albert loves to share my story with many as he thinks that my story will be an inspiration to a lot of youngsters out there and he always tell me that he is very proud of me. Actually sometimes I feel very proud of myself for coming this far.

I started work with eWerkz Projects and managed to clinch a small project back then. Yippee! My first project and boy was it a tough one for me back then. Mistakes were made and I think I grew from it. And then it was a really long period of no events and I was telling myself back then. Is this the right job for me? Should I go back to IT where I can excel better? I asked myself that and I talked to Albert about it as well. I was so close to giving up back then and that’s when somehow… My luck changed. So much so that I can hardly handle the number of projects coming my way. And from then on, it has been great months. As Albert said, there’s only good months and better months. 🙂

I was being announced for being the Top Sales in 2014 and once again for 2015, when it was announced during the recent company retreat. I don’t think all this can’t be done without the chances given to me by Albert and Von and not forgetting the support from everyone in the office. I don’t believe that one person is able to do all the work solely by himself/herself without the support from everyone else around them.

It has definitely been a great three years. Three unforgettable years.

I hope many will find my little story an inspiration. There will always be a lot of poisonous people around you, trying to bring you down, trying to make you feel bad, trying to make you feel guilty. You lead your own life, not them. It’s easier said than done but in this world, there will always be people like that around you so you have to try to ignore them even if it means that you have to be the evil one towards them. You can never please everyone but you should never let yourself down. Doesn’t mean that when you are older, you can’t venture out of your comfort zone to try something new. If you don’t try, you will never know. If you never try and you regret not trying, it probably is already too late by then. So please, live without regrets. Live is too short for us to live with regrets. 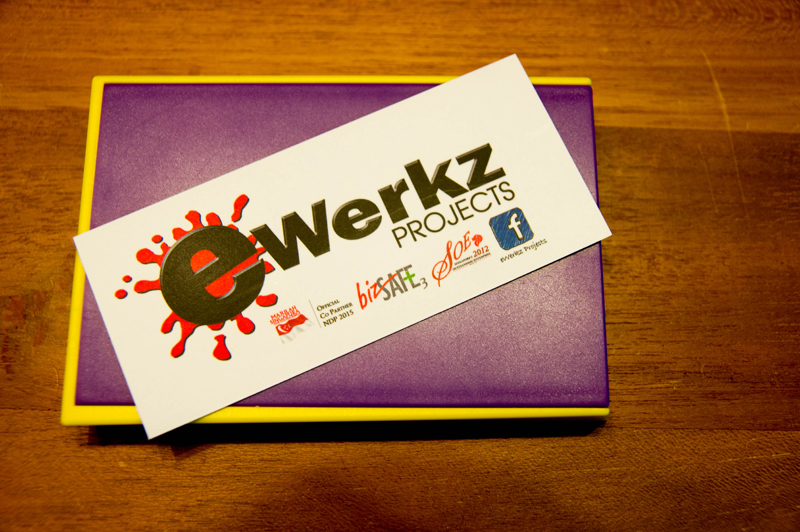